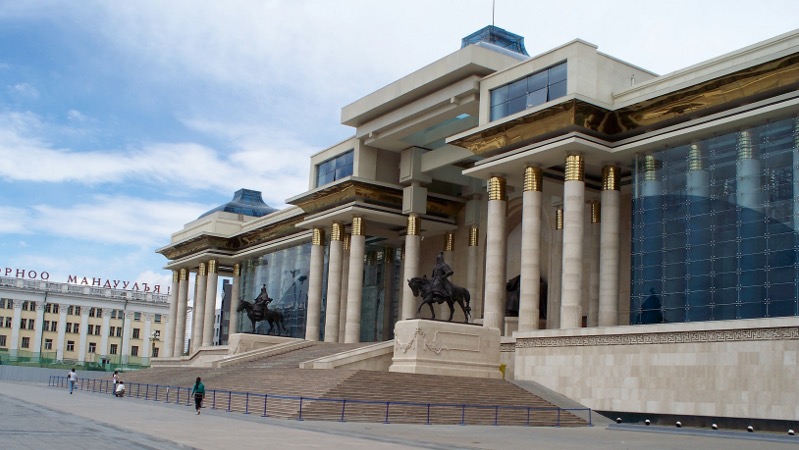 The State Great Khural, or Parliament, has 76 members. 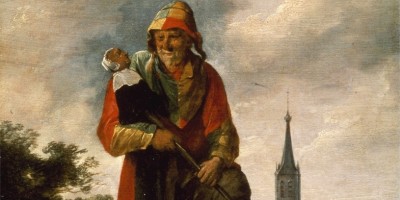 Government officials holding high-ranking elected and appointed positions have been required since 2007 to annually disclose their level of wealth and financial holdings to the Independent Authority Against Corruption (IAAC), Mongolia’s agency charged with investigating corruption within the government. This data is publicly available on the IAAC website,1 and it can be used to answer some interesting (and appalling?) questions such as: How much is Parliament worth?

Of course, if that were a set up for a classic political joke, the answer would be “nothing!” Ba-da-bum. But, the IAAC data provides a way to answer that question in real terms using numbers the MPs submit themselves. Over a year ago, I first answered questions like this using the IAAC data here, here, and here. Recently I revisited the data set that I created then and added the 2012 disclosures for the current Parliament. Just for fun, I also created a new data widget to allow readers to play around with the data here. I plan to add more functions to the data widget as my programming time allows.

For now, what does this year’s data tell us about how much Parliament is worth? One answer is: a lot more than the last Parliament. The graph below shows the net worth (assets – liabilities) of each Member of Parliament ranked from poorest to richest. The richest members of the current parliament are so rich that it makes the rest of the members look quite poor. It is hard to make much of the data at this scale. 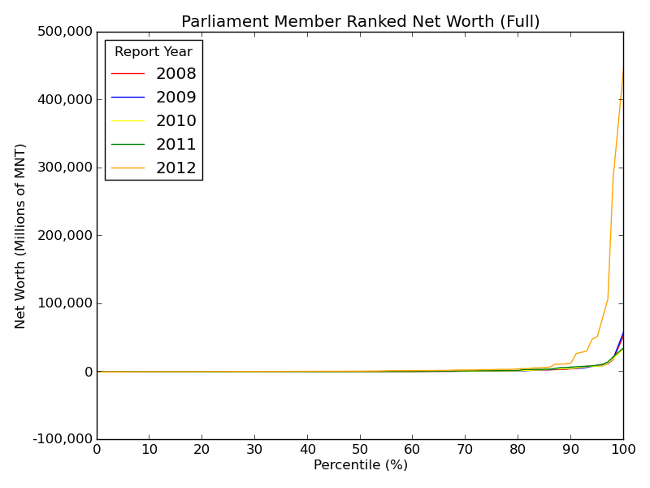 If the graph is broken into percentile blocks, it is much easier to see that at every level the current Members of Parliament as a group are much richer (or more honest with their disclosures?) than the 2008-2012 Parliament. 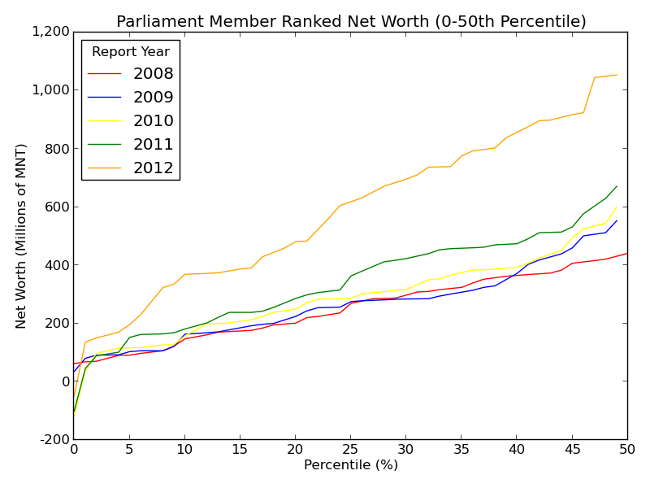 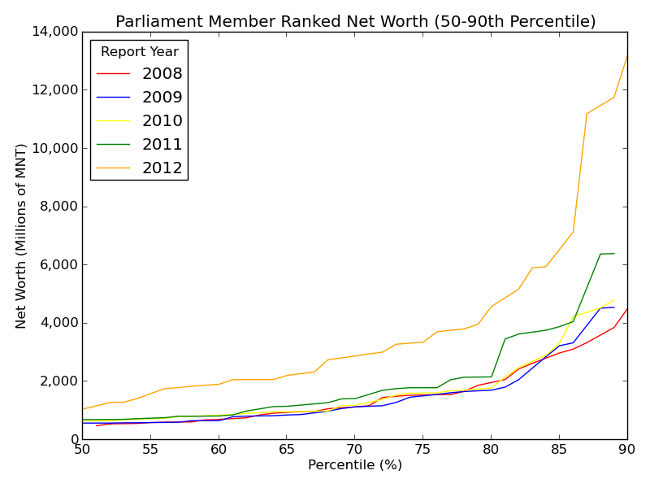 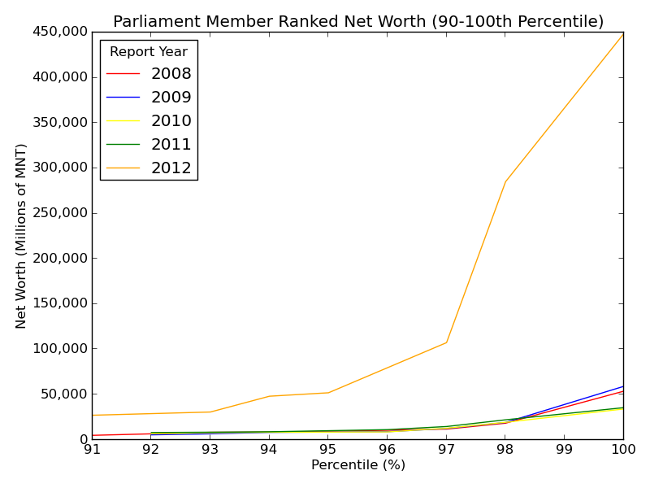 The most staggering way to see the difference is plotting the total net worth of Parliament incrementally as a cumulative sum. 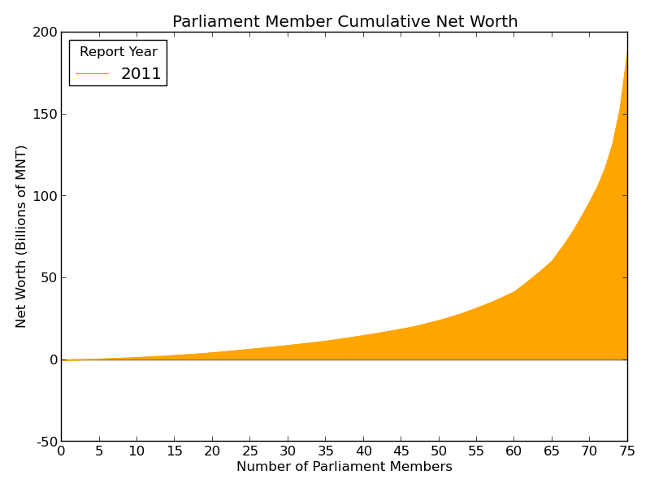 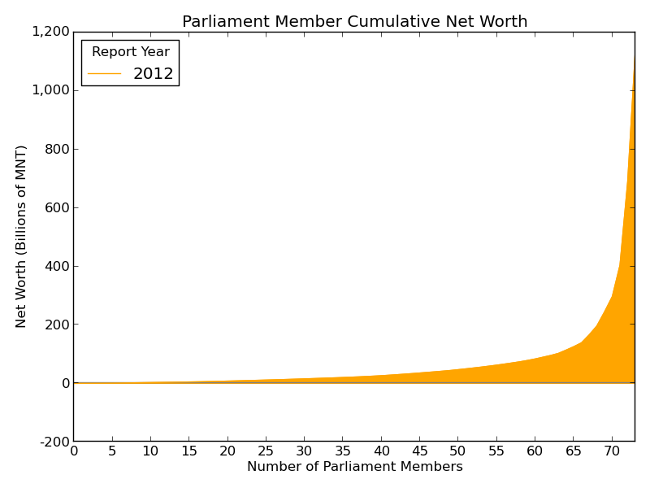 Again, how much is Parliament worth? Another answer: approximately 7.6 percent of GDP in 2012!3 There were only 74 MPs out of 76 seats sworn-in when the disclosures were submitted, and only 4 MPs accounted for 64 percent of that net wealth. In spite of the skewed wealth “inequality” among MPs, the institution is hardly poor. With more than 90 percent of the current Parliament disclosing a net worth greater than MNT 200 million (approximately USD 138 thousand),4 Parliament is definitely a rich man’s game.