Mongolia and Rio Tinto: No Silver Bullets, but Many Dead Cats 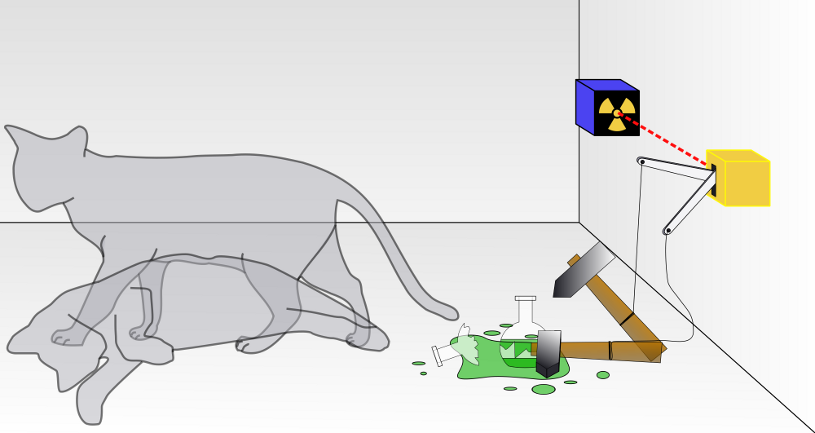 The relationship between the Mongolian government and Rio Tinto is delicate and complex. It is easy as an outside observer to suggest silver bullet solutions for every problem that emerges as the Oyu Tolgoi (OT) project moves forward, but silver bullets often ignore the complexity of the political environment in which the relationship exists.

Mongolia has a nascent multi-party democracy that still isn’t resistant to extreme political gamesmanship. Politics are always a bit chaotic anywhere, but in Mongolia the moniker of “The Wild East” still seems accurate in describing the situation. In spite of the uncertainty everyone faces (including the government), there is a tendency to assess political issues in simple binary terms. Good or bad. Right or wrong. But, in cases where political disagreements are inclined to pull everyone in the wrong direction, keeping an issue unresolved may be as good is it gets. Swift resolutions may provide the hope of removing “uncertainty,” but forcing issues before acceptable policy outcomes are probable undermines that hope. Thinking of the Mongolia and Rio Tinto relationship in this way, I am reminded of “Schrödinger’s cat.” When the hypothetical political arguments collapse on an actual policy outcome, no one wants to see a dead cat.

It may not be immediately obvious what I mean, so let me describe “Schrödinger’s cat.” It is a popularized demonstration of the mind bending implications of superposition in Quantum Mechanics. Superposition is when a particle occupies all probable states of its existence, and it remains that way until the particle is observed and its distribution of probable states collapses into a single state. Schrödinger’s cat was a mental experiment originally proposed as a paradox to show the absurdity of applying superposition to large objects, but it has nonetheless been subsequently used as a convenient metaphor in popular culture to describe situations in which probable or hypothetical states of being collapse into observable reality.

The basic set up of the experiment is imagining a live cat placed in a sealed box with a radioactive atom that has equal probability of decaying or not decaying and a Geiger counter attached to a vial of poisonous gas. If the atom decays, it triggers the Geiger counter which then releases the gas killing the cat–otherwise the cat stays alive. The concept of superposition would suggest that until the experimenter opens the box to see what has happened, the cat is both alive and dead. At the atomic level this is a well documented property of matter. Light behaves like a wave or a particle, for example, depending on how it is observed. It’s a trippy concept because it implies that something can remain in superposition until it is observed, and therefore an observer’s action creates the resulting reality.

The analogy here is that the politics of OT allows for many probable outcomes at any given time, and all sides should ideally want to keep an issue in political superposition until there is probable certainty that forcing the issue won’t lead to what either side considers a dead cat. Or, in other words, the political issue has reached a point in which its radioactivity won’t trip the Geiger counter of negative public opinion.

Rio Tinto is in a difficult position because the OT project is about as radioactive a political issue as they come. But, the same could also be said for any Mongolian politician or policy-maker that is making a sincere effort to create policy outcomes that maximize Mongolia’s benefits. The term “resource nationalism,” for example, makes the investment community Geiger counter ping like crazy. Reality is a bit more complex than the analogy, but the essence of the analogy is that success or failure in the current political context might best be measured in either side’s ability to keep issues in political superposition until an acceptable outcome is more probable.

I have seen some chatter recently that has been relatively tough on Rio Tinto suggesting that the company is not doing enough to communicate its position and to gain public support for its efforts. I find this surprising given that 1. Rio Tinto has made the OT brand nearly ubiquitous in ordinary life through community development and outreach activities, 2. it is inaccurate or just plain disingenuous to suggest OT has not had significant direct and indirect economic impacts on ordinary people’s lives, and 3. there is little evidence at this point that the political arguments and policy proposals of deeply critical politicians like MP S. Ganbaatar reflect widespread popular opinion. In fact, where there is evidence of popular opinion, it suggests most politicians may occupy positions just as tenuous or worse than Rio Tinto’s in the public’s mind.

The two Sant Maral Foundation surveys conducted in 2012 showed large majorities of citizens taking a rather dim view of their elected representatives. For example, in the April 2012 survey nearly 90 percent of people agreed with the following two statements:1

• The present economic and political system allows oligarchic clans to have too much power.
• The members of parliament have alienated themselves from the people who elected them. They are no longer true representatives of the people.

In the June 2012 survey over 85 percent answered the government always or often fails to solve the most important socio-political or economic problems in Mongolia.2 The top 3 identified problems were unemployment, standard of living/poverty/income, and inflation.3

Before taking this too far and concluding that the government has no public support, there are other responses in the surveys to consider. For example, 57 percent of respondents in June 2012 approved of the following statement:4

In principal [sic] you can trust that the government is doing the right things for citizens.

Note the question uses the phrase “in principle.” These responses indicate to me that the public does not have a whole lot of faith in its individual elected officials, but people are willing to give the benefit of the doubt if the government addresses the issues they find most important. Respondents were also in fairly close agreement about what the government should do with Mongolia’s mining sector wealth with 74 percent responding it should be used in either of the following two ways:5

There should be long-term social programs through more investment in education, health, etc. (34%)
Funds should be invested by the state to improve economic development (40%)

I am assuming here these opinions are accurate guides for views on the current government, because many current ministers and high-ranking officials were members of the last government when the surveys were taken. It is also still too soon to assess material performance differences between the present and past governments. Politicians clearly have a credibility issue with the public, and the government is under tremendous pressure to produce results. One tactic to reduce political pressure on the government might be to try to make Rio Tinto look even worse by comparison to “oligarchic clans” and “alienated MPs” in the public’s eyes. It is, in fact, arguably easier than addressing actual policy issues such as mismanagement of Tavan Tolgoi, a yawning budget deficit, or ad hoc mining policy, all of which might collapse political arguments into issues of accountability and competency within the government itself. But, the tactic is only effective if Rio Tinto takes the bait and proves itself uglier than the noise of the political system. After all, Rio Tinto has the advantage of actually addressing some of the policy issues people identify as important just by doing what it does. It is an easy scapegoat for problems in the political sphere, but it has the ability to cultivate a positive public image outside that sphere because it can contribute solutions to problems the public perceives the government as always or often failing to fix itself.

The most recent silver bullet solution I have seen circulating is the potential for Rio Tinto stopping work on the OT mine site to send a message to the government that Mongolia needs Rio Tinto more than Rio Tinto needs Mongolia.6 There isn’t much evidence at this point that Rio Tinto is seriously considering this option other than “unnamed sources” within the company, but its public statements have implied that not resolving current disagreements might delay full commercial production.7 Unless Rio Tinto can produce convincing evidence that the current political row takes the startup out of its hands, say, due to financiers pulling their support, I can’t see this sort of “bluff” producing anything but a big, dead stinking cat for the company. What better way to prove yourself worse than a group of unpopular politicians than to use mafia-style extortion tactics, eh? Right now the issue is in political superposition, and there is a diversity of opinion about policy. Playing “hardball” only serves to collapse the issue into a choice between trusting the motives of one’s elected government and a foreign organization. No government is so unpopular as to lose that challenge.

Neither side is blameless in the development of the current state of things, and tensions are understandable in such a complex relationship in which both sides are learning as they go and both sides face conflicting pressures and incentives in an uncertain political environment. Rio Tinto may never unambiguously “win” the battle for the public’s good opinion, but there are many ways it can lose it. By the same token, the government may never unambiguously “win” its battle to control how Mongolia’s wealth is utilized, but there are many ways it can seriously erode the value of that wealth. In either case the advantage will go to the side that is better at managing public opinion, because in a democracy that is the foundation of political strength. It is debatable whether the tactically savvier participants on either side can continue to hold sway and to keep policies under threat of radioactive public opinion in a state of political superposition, but it appears for the time being, at least, the cat is both dead and alive.