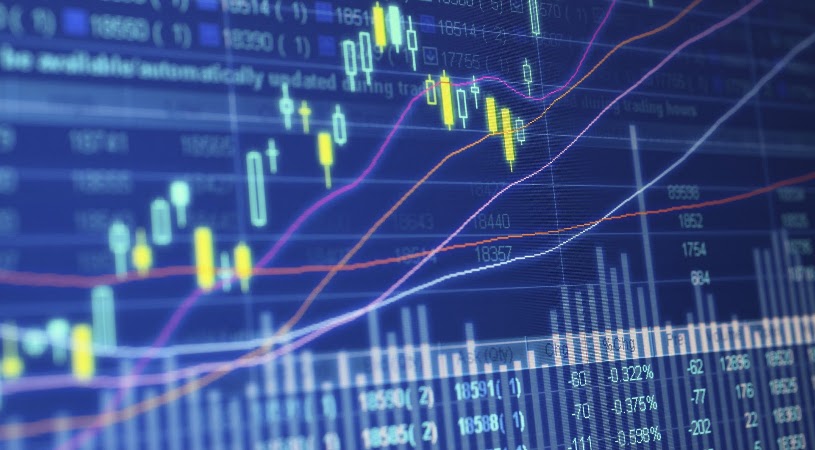 MNT is not the most robust investment at the moment. (Image source: Wikipedia.) 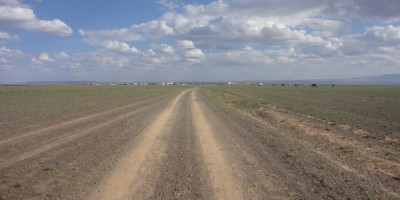 This week the Tugrik (MNT) reached 1,800 per US dollar (USD) at some local banks. It was an unwelcome milestone. As the currency depreciates, people who have debts denominated in USD, have assets denominated in MNT, or purchase goods and services from abroad are effectively made poorer if they also earn their incomes in MNT. It is with this notion in mind that I recently set out to assess a specific impact the depreciation of the Tugrik has had on ordinary people, namely declining values in MNT denominated savings.

The Bank of Mongolia publishes monetary data from the banking sector each month,1 and this data includes cash savings held at financial institutions in both MNT and foreign currencies. From these publications I compiled data on total savings denominated in MNT back to January 2011 for both business and individual accounts. The Tugrik began its record breaking slide a few months after the current “Reform Government” under Prime Minister Altankhuyag was formed. As such, I decided to use August 2012 as the baseline for my analysis. I asked two questions:

Let’s start with the first question. August 2012 ended with an official exchange rate at MNT1,382 to USD1 according to the Bank of Mongolia data. The graph below shows the nominal value of savings in MNT from 2011 through February 2014 represented by bars. Two additional lines are plotted showing the relative value in USD of those savings totals based on the official Bank of Mongolia exchange rate at the end of each month. From September 2012 onward one line plots the relative USD value with the exchange rate fixed at the August 2012 rate (black), and the other line plots the relative USD value based on the official market exchange rate at the end of each month (yellow). The variance between the two lines reaches USD752 million by the end of February 2014. In other words, the total value of savings was approximately USD750 million less than if the exchange rate had remained stable at MNT1,382 to USD1 over the 18 month period. 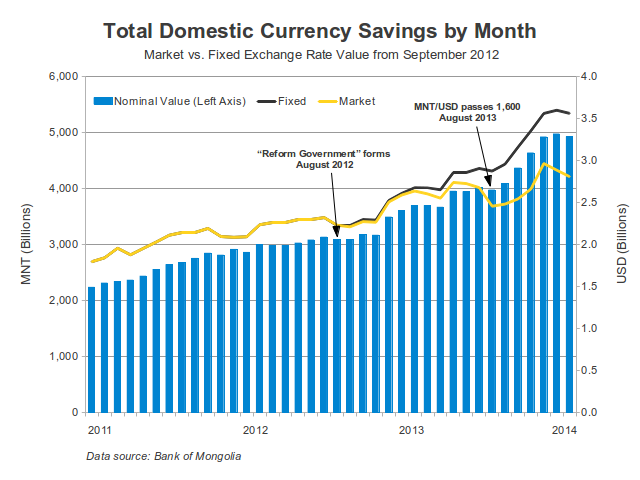 This conclusion ignores the possibility that the nominal MNT savings rate may have gotten a significant boost from the depreciation. For example, if a sizeable portion of the local workforce has their salaries denominated in USD but receive their salaries exchange rate adjusted into MNT when they are paid, then the nominal savings rate might have gotten a bump and accentuated the difference between the two trend lines. This possibility and others (e.g. the influence of interest rates or inflation) are ignored for simplicity’s sake because the aim is to get a sense of magnitude rather than precision.

Answering the second question from above provides another way to look at the problem without worrying about influences on the nominal savings rate. The graph below again shows the nominal savings value in MNT for each month represented by bars, but this time it is fixed from September 2012 onward. The plotted lines show the declining value of savings in USD (yellow) against the fixed baseline value (black). The yellow line shows what the savings value carried forward each month was worth in USD as the Tugrik depreciated. By February 2014 the difference between the baseline and calculated value was USD452 million. 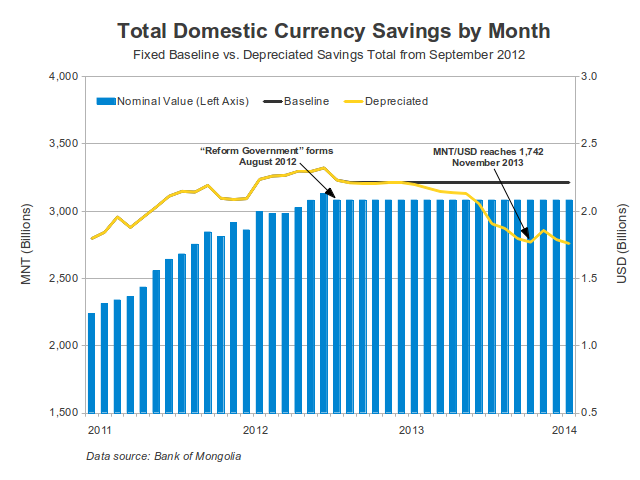 The graph below further shows the differences in actual and calculated savings values under both the scenarios above. It shows once again that depending on how you measure, by February 2014 approximately USD450 million to USD750 million in savings value relative to the US dollar had been wiped out by the Tugrik’s depreciation. That’s a lot of value for an economy the size of Mongolia’s. It works out to about USD130 to USD250 for every man, woman, and child. 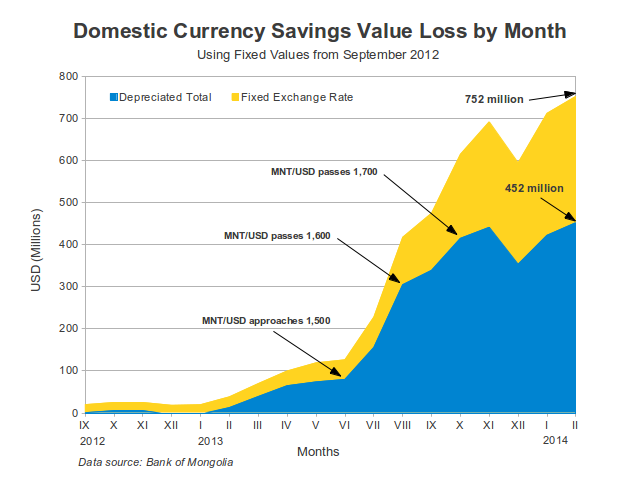 Of course, not everyone has cash savings or even bank accounts, but it does give a sense of the real impact the depreciation has had. Other areas of the economy have also taken similar hits. Each day that the government fails to reverse the trend with sustainable economic policies costs real value in the lives of ordinary people.

Footnotes
1. All data from the Bank of Mongolia monthly “Monetary Review” at http://www.mongolbank.mn.