The Name is Bond, Chinggis Bond 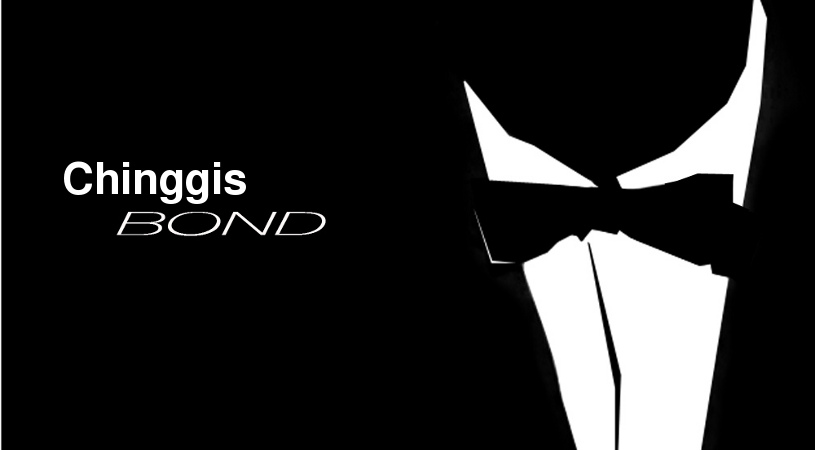 Mongolia’s international debt-instrument of mystery made its debut at the end of 2012 raising USD 1.5 billion for the government without even breaking a sweat.

The “Chinggis bonds,” which bond traders and the media dubbed the initial offering, appeared to be a tremendous success by not only reaching its targeted revenue amount but also for being “10 times oversubscribed,” which simply means there was 10 times more demand than supply for the bonds. There seems to be a rather dubious implication that springs from that last point which is that if there was 10 times more demand, that in theory the government could have raised as much as USD 15 billion if additional bonds had been available. Although I have a mild sense of pride in the Mongolian government’s achievement, as an observer I am still trying to unravel the mystery and understand the real implications of the Chinggis bonds.

The shear size of the international market for stocks and bonds is hard to fathom. One measure estimated the value of the world’s equity market capitalization and outstanding bonds and loans at USD 212 trillion in 2010.1 That is truly an astounding number (212,000,000,000,000), and when you compare it to the USD 1.5 billion the Mongolian government raised (1,500,000,000), the Chinggis bond could easily be a rounding error. The numbers are hard to truly comprehend, and it makes it easy to overlook how difficult it is in practice to successfully manage large amounts of capital. Plopping the funds into a savings account at your local bank is really not an option, and the people who are responsible for maintaining these funds have to be able to consistently find relatively low-risk, high-return ways to invest them.

In theory, at least, that is what is supposed to happen, but imperfect information, poor choices, and willful blindness may cause individual traders and sometimes entire markets to channel capital into high-risk, zero-to-low-return assets. In Michael Lewis’s 2010 book “The Big Short,” he describes in great detail how a binge in investments in mortgage backed securities imploded the entire US economy. In his account Lewis offers a rather unflattering description of bond traders and financiers as individuals driven by hubris and arrogance which seem to be essential character traits for anyone to manage billions of dollars of assets, but that necessary overconfidence often makes them blind to their own weaknesses and susceptibility to hype and to herding behavior. In the case of traders of mortgage backed securities, the hype of phenomenal annual returns trumped the substance of how risky those investments really were given the housing market’s ever increasing reliance on borrowers with questionable credit histories. Not everyone was fooled, and the “odd-balls” who anticipated the eventual collapse and made millions as a result are the protagonists of Lewis’s story.

At the risk of sounding like I fancy myself as one of Lewis’s odd-balls and know more than the market, there is a sense of something similar going on in Mongolia. I can’t figure out if the Mongolian government, the bond market, or both are being fooled by hype or are making savvy investment choices. International traders desperate for new high-return places to invest capital seem to have convinced themselves that Mongolia is a relatively safer bet than other more established places in the world.2 This confidence strikes me as odd for a few reasons.

The first is that the market panicked in December when the Mongolian People’s Revolutionary Party (MPRP) threatened to quit the coalition government due to the row over former president Enkhbayar’s appeal of his criminal conviction on corruption charges.3 The market seemed to take this political theater as a direct threat to Mongolia’s credit worthiness, which to me was a surprising reaction given that MPRP’s participation in the government is more beneficial to MPRP than to the ruling Democratic Party (DP). There are more independent members of parliament than seats needed for the DP to form a government and it is hard to perceive any political upside for MPRP to move into the minority opposition, so the threat was hallow to say the least. This reaction made it seem as if the traders in these bonds are literally learning about Mongolia as they go along or their confidence in Mongolia is extremely fragile.

Fragile confidence seems like the better explanation because the ratings agencies Standard & Poor’s and Moody’s issued cautious valuations of the bonds rating them BB- and B1 respectively which essentially means the bonds come with a significant risk of default.4, 5 Moody’s sums it up best by pointing out to investors that political considerations such as MPRP’s theatrics are not material to Mongolia’s credit worthiness at this point (something they wrote in a special release after the panic) and fundamentals like successful development of the Oyu Tolgoi and Tavan Tolgoi mines, more transparent and consistent investment laws, and an economy diversified away from mining are more important factors to consider in extending the government credit.6, 7

The second reason is that the Mongolian government also seems to be either figuring things out as they go along or demonstrating overconfidence in the country’s political institutions. The government has been criticized by the opposition Mongolian People’s Party (MPP) for not having a clear plan on how to spend the funds now that the government has received them.8 Prime Minister Altankhuyag has responded on behalf of his government that there is a plan in the works and a “Policy Council,” which he will chair, has been formed to ensure proper use of the funds.9 To me this is a far more frightening bit of news than the market scare brought on by MPRP. In the highly partisan and depressingly opaque environment of the Mongolian parliament, the current government has introduced USD 1.5 billion of revenue without a binding and clear statutory authority for how it should be spent. The government of Mongolia seems to have a tremendous amount of faith in the political system’s ability to produce a good outcome here. Moreover, the list of proposed projects for the revenue, which includes development of an industrial complex in Sainshand, expansion of the railroad, development of Tavan Tolgoi, and a potential subway system in Ulaanbaatar among other things,10 is shockingly broad when viewed in the context of reality. Just take the fact that Oyu Tolgoi (a single project) has required about USD 6 billion in financing thus far and it still has not begun full commercial production, and it is hard to imagine USD 1.5 billion going very far on the government’s wish list.

I keep thinking of James Bond as being the model for policy here. In the movie Casino Royale, MI6 agent James Bond finds himself in a high stakes Texas Hold’em game attempting to take terrorist financier Mr. Le Chiffre to the proverbial cleaners. If Bond can take the pot, then maybe MI6 can blackmail Le Chiffre into giving up his clients. The game is full of suspense and cinematic mainstays such as bluffs, lucky hands, and reading an opponent’s “tells.” James Bond is cool. He’s in control. The one thing Bond most definitely is not, because it is totally uncool, is a planner. He’s a visceral in the moment kind of guy with impeccable instincts. Paperwork? Yeah, right. Let the nerds back in London handle that. Bond acts in the moment and he acts big. When you watch James Bond in action you always have confidence he’ll emerge victorious.

The Mongolian government made its own high stakes gamble with the Chinggis bond offering, and the fly by the seat of the pants approach the government seems to be taking with the bond offering gives the impression that we’re all supposed to suspend our disbelief and have similar confidence in the Chinggis bonds as we do in James Bond. The government’s track record with managing large investment projects is not encouraging thus far (consider Tavan Tolgoi and the “100 Thousand Neighbors” project just to name two), and it is not entirely clear there are nerds competent enough back in Ulaanbaatar to establish effective plans and clean up if things go terribly wrong.

Returning to Michael Lewis’s book, one of the factors that contributed to the housing market bubble was that lenders began relaxing their standards to lend money to borrowers previously viewed as too risky. The basic process that allowed this to work for a time was that new borrowers drove up demand for housing which drove up prices so that even bad credit risks could always borrow or sell their way out of a loan due to the increased value of their home. It all began to crumble when new borrowers became harder to find, demand for overpriced housing began to drop, and borrowers began defaulting in historically large numbers on loans that they could no longer refinance their way out of. The lenders who offered these loans have been described as “predatory” because in retrospect it appears they worked to convince people who were bad credit risks to take on loans they weren’t prepared to pay back. But, in fairness, it is also arguable that both sides of the transaction had deluded themselves into thinking the loans were not risky at all because housing prices would always go up.

I am left wondering if the success of Mongolia’s initial offering is true success or it carries a healthy portion of delusion along with a sprinkle of Bond-esque bravado. In other words, I am trying to understand whether Mongolia is a good bet because the government and bond traders have faith in Mongolia’s ability to get the fundamentals right or whether the government and traders have more faith in their own ability to outmaneuver the suckers at the table and to be holding a winning hand when the game ends. As long as Mongolia’s economy continues to grow, then it seems to be a game too tempting for both sides not to play. But, what about the country of Mongolia? There is no doubt that Mongolia has the mineral wealth in theory to make good on a its loans, but there is still considerable doubt it has the institutions and leadership to leverage that wealth effectively. It’s great in theory that the government could raise so much money in one go, but whether it is great in practice remains to be seen.

The one thing that is essential is for the public and opposition parties to keep the pressure on the government to get things right. The government has decided to play a risky game, and they shouldn’t be allowed to forget about their responsibility to make good policy. After all, it isn’t really a game but rather people’s lives and livelihoods they are responsible for.