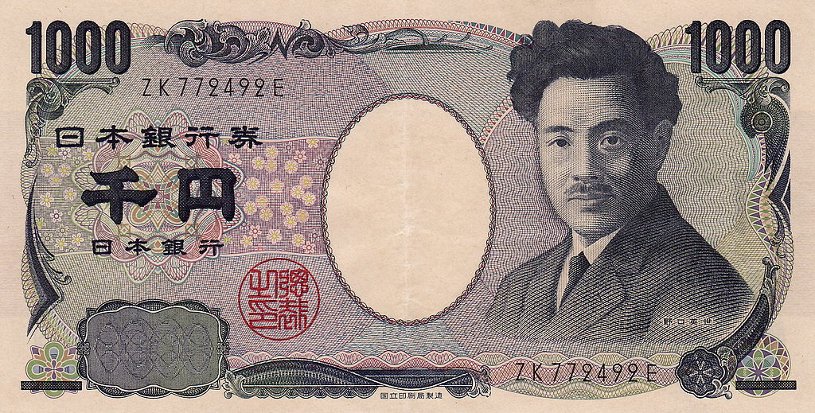 The Yen to the rescue? (Image source: Wikipedia.) 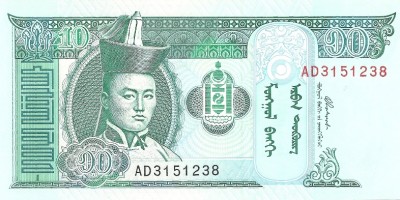 According to local news reports, the Development Bank of Mongolia (DBM) received just over JY24 billion (USD230 million) in “Samurai” Bond proceeds from the Japanese Bank for International Cooperation (JBIC) in the first week of January.1 The face value of the 10 year bonds was JY30 billion with an annual interest rate of 1.52 percent.2,3

The “Samurai” Bond has been a topic of conversation in Mongolia since the Prime Minister announced an agreement between the Mongolian and Japanese governments to issue the bonds back in September.4 Although there has been a lot of conversation, it has been difficult to get clarity about the terms and conditions of the agreement between the DBM and JBIC and how the proceeds from the bonds will actually be used.

I conducted a custom Google search on the websites of the Prime Minister, Ministry of Finance, Ministry of Economic Development, and DBM using the term “самурай бонд” (samurai bond) looking for official press releases regarding the bond issue.5 Nothing came up (as of January 31st) except one line on the DBM website: “The DBM and JBIC have successfully issued JY30 billion bonds.”6 A general Google search on the term “самурай бонд” restricted to the past month brings up hundreds of pages (mostly news reports), but examples of officials going on record to describe the bonds are rarer. On January 23rd the Prime Minister described the general outlines of the deal, consistent with the paragraph above, in his weekly press briefing, and the President of the DBM gave an interview saying much the same thing with a few additional details such as the funds being held in Khan Bank and TDB Bank savings accounts.7

As with the Chinggis Bonds, a theme in the local coverage of the “Samurai” Bonds has been whether the interest rate is good or bad. One report suggests that because the DBM only received JY24 billion of the JY30 billion issue, with the JBIC taking the difference in fees, the actual interest rate is not 1.52 percent but more like 4 percent, suggesting this is a bad thing.8 I always find arguments about absolute, rather than net, borrowing costs somewhat mystifying. If you can invest the funds in something that will generate a return sufficiently greater than the cost of borrowing, the asset will pay for itself. Surely there are projects in Mongolia that can do better than a 4 percent return a year if you can get 4.6 percent, for example, just by plopping the money in a CD at a local commercial bank?9 Surprisingly in a country with a very poor credit rating and where loans for individuals start at around 20 percent annual interest with 20-40 percent down,10 the reported terms of borrowing for the “Samurai” Bonds are considered “bad.” Perhaps it’s because there is a lack of faith that the funds will actually be utilized to purchase assets that will generate a sufficient net return.

To generate a net return, the money needs to be invested in long-term, income generating assets rather than utilized for short-term consumption such as defending the already weakened tugrik. There is some speculation that the funds will go towards developing some aspect of Tavan Tolgoi11 or building a oil refinery in Darkhan, among other infrastructure projects,12 but it would be wrong to call it more than speculation at this point. The lack of policy clarity is troubling. The Chinggis Bonds were issued with very little direction for how they would be spent (see here), and over a year later the major accomplishment of the government using the money, some commentators have critically noted, has been building new intersections in Ulaanbaatar.13

There is growing criticism of the government mishandling the use of bond proceeds and playing fast and loose with the country’s credit worthiness–not to mention whether the cabinet has violated the Fiscal Stability Law debt limits–but so far the criticism seems to be producing very little political pressure to provide clarity and ultimately to demonstrate some accountability for the “Samurai” Bonds.