Accountability is the Gobi’s Scarcest Resource 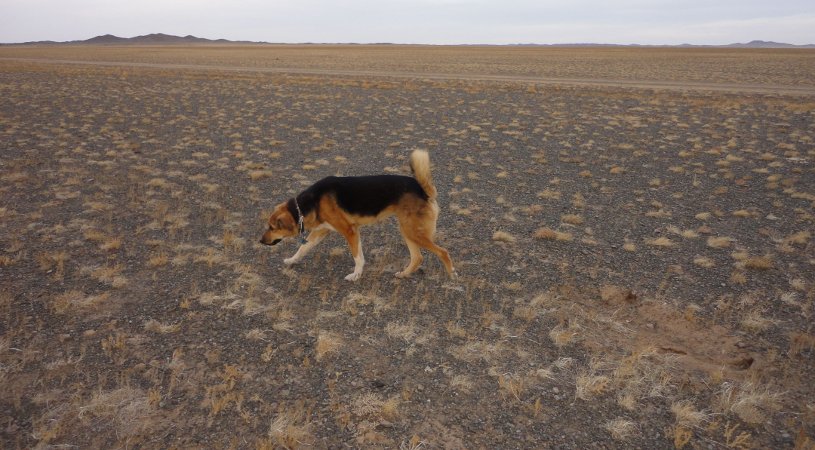 Searching for accountability in the Gobi.

The Gobi has a government accountability shortage that is reaching breathtaking levels. In the news this week is the revelation that Erdenes Tavan Tolgoi (ETT), the government owned mining company overseeing the development of the Tavan Tolgoi coal deposit, is running low on cash.

The cause of the cash flow problem appears to be the fact that the company is selling coal to its main Chinese consumer Chalco for USD 53 per tonne, but it costs USD 61 per tonne for ETT to transport the coal to the border.1, 2 Yes, you read that right. The company is selling coal at a loss of USD 8 per tonne, or at least it was until mathematical reality wiped out the company’s cash on hand. What is breathtaking about this story is that it has all the hallmarks of a massive political scandal, and yet it has so far received scant coverage in Mongolia and almost dispassionate reporting in the international press as if such a mistake is routine and a loan of a few hundred million dollars and renegotiation or buy out of the Chalco deal should fix the problem. And, the current CEO of ETT is saying just that. A loan of approximately USD 355 million should about cover the Chalco problem and also address lingering issues of infrastructure and equipment on site.3

This kind of story is sadly all too common in the Gobi, and the region is fast becoming the poster child for the expression “throwing good money after bad.” Where’s the accountability? I should be up front that I have a bit of ax to grind in this blog post. My wife and I have been connected to the region in one way or another over the last decade, and we’ve seen first hand the rapid changes that have occurred during that time. There are plenty of positives. There are employment opportunities, the provincial capital feels like a boomtown, personal car ownership is becoming the norm, people are healthier and happier, and there are many other changes that have provided friends and neighbors economic mobility and freedom. These positives, however, have been marred by an on-going and severe accountability shortage. Millions of dollars are spent each year to “fix” problems only to have the same or similar problem pop up again very soon after the fix. It is extremely frustrating to watch this game play out over and over again.

As an example I take the on-going problem with electricity in the province. I think a few lines from a letter to the daily newspaper Unuudur from a resident of the provincial capital Dalanzadgad sums up the frustration best:

Member of Parliament Ts. Bayarsaikhan and Provincial Governor Tsedencamba said during the opening ceremony of the new Dalanzadgad power plant in 2000 that the province would finally have cheap, reliable energy. Three days after the ceremony the plant broke down. Thirteen years later the power plant is still crawling along and we’ve arrived at the developmental level of the 1950s and 1960s.4

Indeed, it’s hard to imagine it was worse in the 1950s and 1960s than today in the Gobi. The power is off more than it is on in spite of tens of millions of dollars being spent on repairs for the plant since 2000. Almost daily we receive assurances from someone in a position of authority that everything will be fixed by some date soon. Just before the local elections in November the provincial governor came to our town to assure us that from December onward the power problems would be fixed. Now two months later it is reported that the power plant can only operate at 50-60 percent its normal operating capacity and the province is dependent on surplus electricity when available from a power plant built to serve Tavan Tolgoi.5 The only hours of the day that the power plant can reliably provide electricity are 2am to 7am when, of course, most of the province is asleep.6 But, that’s not all, it is also reported that all the problems could be fixed in “2-3 hours” if only the government provided the plant with USD 60 million or MNT 84 billion.7 Just like ETT, the problem is money–not a lack of accountability–according to those in charge.

These problems are not new, and in the past provincial incompetence and shenanigans could easily go unnoticed by the wider world because the region was literally in the middle of nowhere. But, now the entire country is economically dependent on this region getting things right. Mistakes here affect everyone in the country, and yet oddly most of the news coverage about the area seems to center on Oyu Tolgoi, the only major development initiative in the region that is arguably showing sustainable results. As I have written in the past, Oyu Tolgoi shouldn’t get a free pass on accountability (see The 7.5 Billion Tonne Gorilla), but sometimes it appears from on the ground that a lot of outside public scrutiny is misdirected and wasted on Oyu Tolgoi to the detriment of other serious problems. ETT running out of cash by selling coal at an avoidable loss and one of the richest provinces in the country struggling to provide electricity to its citizens are just symptoms of wider problems. Something is definitely in short supply here, but it’s more than just cash, electricity, or even water. Where’s the accountability?