Scoring the Score Keepers of ‘The Debate’ 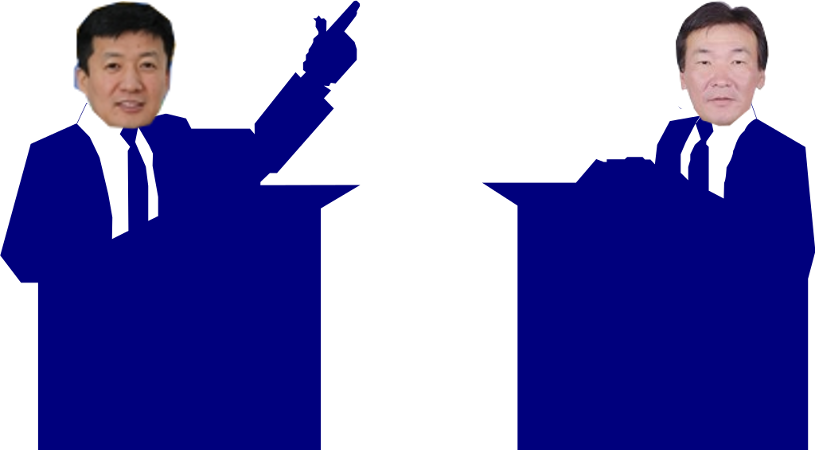 The week following the debate between S. Bayartsogt and S. Ganbaatar, Uls Turiin Toim, Zuunii Medee, and Unuudur newspapers printed editorials and analyses to assess who won. The overall verdict from these three newspapers ranged from a tie to a win for S. Ganbaatar who, as you may recall, argued the Oyu Tolgoi agreement is bad for Mongolia and needs to be renegotiated. The editorials, however, proved to be, for want of a better phrase, impressive tours of classic rhetorical fallacies.

Of course, political debates are rarely logical or free of rhetorical fallacies, and the media can be very much complicit in directing political discourse towards the superficial. In the US we just came off a presidential election cycle in which the victors (Obama-Biden) were described in some prominent media circles as having lost their debates for both “being too passive” and “being too aggressive” void of any real analysis of the substance of points made by the candidates. That said, though, the traditional media outlets provided some meaningful analysis and groups like Polifact did a good job of fact-checking controversial claims. A US voter with a desire to get accurate information had resources to draw upon. It is difficult to name similar organizations and groups active in the Monoglian media that produce comparable resources, and this is an important difference.

Uls Turiin Toim, for example, employed “ad hominem” and “not invented here” arguments to declare Deputy Speaker Bayartsogt the loser in the debate. Ad hominem arguments can be described as “attack the man not the argument,” and “not invented here,” as the name suggests, are arguments for the superiority or inferiority of an idea or concept simply because of its foreignness.1 Uls Turiin Toim’s editorial included statements describing Mr. Bayartsogt as “харийн” (hariin – exotic in the pejorative sense) and not looking like a normal Mongolian from the equipment he used to the clothes he wore.2 In general the newspaper graded his performance as poor, describing him as an elitist snob rather than refuting his positions point by point. Mr. Ganaabaatar got a pass being described as a “‘жирийн’ монголчууд төлөөлөл” (representative of regular Mongolians).

Zuunii Medee was a bit more equivocal in their assessment. They described the debate as a draw on the basis of Mr. Bayartsogt appearing “arrogant” and Mr. Ganbaatar appearing “unprepared” and “failing to make his point.”3 This strikes me as a “false compromise” fallacy.4 In other words, because the newspaper couldn’t reconcile its apples-to-oranges comparison of performance, they settled on the compromise of a tie.

Unuudur provided the best analysis (in terms of fallacies) because it dedicated a full page to fact-checking statements by both debaters, scoring each with true, uncertain, and false. A cursory look at the page showed Mr. Bayartsogt with 2 trues, 2 uncertains, and 4 falses and Mr. Ganbaatar with 4 trues, 2 uncertains, and 2 falses out of 8 scored statements each.5 Mr. Ganbaatar was the clear winner in the truth telling and accuracy department, at least on the Unuudur scale.

On closer examination, the scores were pretty hard not to be amused by. For example, one of Mr. Bayartsogt’s false statements (the original Mongolian is the footnotes):

“There isn’t a single provision in the established agreement that violates the law. If elements violated the law the agreement would have not been implemented over three years, would it? The investment has been sufficient, and the mine is beginning production.”6

The newspaper disappointingly did not catch the circular logic of “the agreement doesn’t violate the law because if it did it wouldn’t be implemented and therefore wouldn’t violate the law” argument. Rather it declares it a false statement with this reasoning:

“Oyu Tolgoi’s production has not started up to now. The first extraction of ore has been postponed three times.”7

Let’s forget about the fact that the statement “the mine is beginning production” is a fairly ambiguous statement that could cover a very wide time frame, especially in Mongolian which is flexible when it comes to use of verb tense, and focus in on the fact that the first part of the statement is irrelevant to the scoring of the second part of the statement. I’d score this as a “complex question (tying)” fallacy.8 They tied two statements with independent meanings so that the controversial statement about violations of the law could be judged false by association with an arguably semantic error in the second statement.

The real prize winner score goes to one of Mr. Ganbaatar’s trues. His statement is:

This statement is scored as true with the following reasoning:

“There is no basis for saying the agreement has violated the law now. However, it is natural to surmise the provisions of the agreement, as well as conforming to the agreement, will have no benefit for [Mongolians].”10

Wow! How do you even score that? That is just amazing logical gymnastics. Is there a “just plain wow!!!” rhetorical fallacy?

There are other scores that employ equally astonishing abuses of logic to determine the winner of the debate, and the choice of statements to score seem very much designed to tip the scale one way or the other rather than an objective assessment of each debater’s performance in making a persuasive argument. It is more amusing than informative.

Political debates over Oyu Tolgoi will continue. All three newspapers echoed the same general sentiment that whoever won or lost the debate, it was good that it happened. I couldn’t agree more with that, but the score keepers really need to work on the quality of their score keeping to make the outcomes of future debates meaningful to the rest of us. Criticism of the quality of journalism in Mongolia is nothing new, but this feels like a missed opportunity for the media to serve a meaningful purpose. After all, what we really want to know is whether the Oyu Tolgoi agreement is good or bad for demonstratively accurate reasons–not because its most visible supporter appears “arrogant” or its most visible critic is “a man of the people.” When it comes to multi-billion dollar projects, people deserve and need better.