Divining Method in the Political Madness 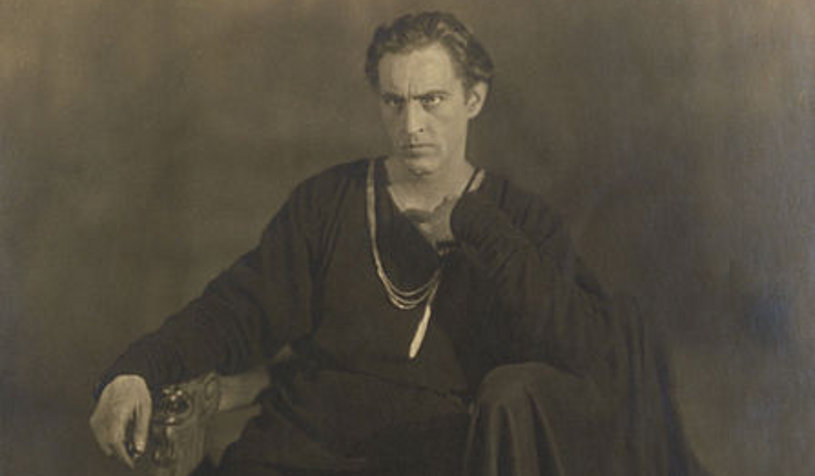 To mine or not to mine? That is the question. (Image source: John Barrymore as Hamlet - Wikipedia)

One of the many explanations for the shape of Mongolia’s mining policy is based on national security concerns. The argument goes that, as a sparsely populated and militarily defenseless country sandwiched between two giants, Mongolia must play a cunning and complicated game of geopolitics to protect sovereignty over its mineral wealth.

On the face of it this seems like a fair explanation, and proponents can offer many examples of politically charged issues and legislation that spring from “obvious” concerns of foreign influence, most notably from China, in the mining sector. However, for me this explanation produces a gnawing sense of retroactively imposing rational or, at least, predictable decision-making lurking under the surface of actions that otherwise look detrimental to Mongolia. It’s as if analysts are Lord Polonius watching Hamlet’s erratic behavior and concluding “Though this be madness, yet there is method in’t.”1

As tensions between the government and Rio Tinto escalate, I instead see policy being shaped by insular, short-term political considerations that are uninfluenced by an actual coherent long-term national security strategy. Mining policy is arguably the national security issue of this generation, and yet mining legislation is often reactionary and arguments about mining issues are used as blunt instruments against opponents for short-term political gain. The rhetoric often times turns disgracefully ugly, and questioning the motives or patriotism of individuals, parties, or the entire government with slander and hearsay almost feels like the official pass time of parliament.

For example, in a recent issue of Uls Turiin Toim, Member of Parliament G. Uyanga expressed her suspicions that the government and Ivanhoe Mines colluded in the negotiations over the Oyu Tolgoi (OT) stability agreement given that it seems so favorable to foreign investors from her perspective.2 This is the same agreement the current government and Rio Tinto are wrangling over and took nearly five contentious years of negotiations to complete. That kind of suspicion and cynicism is disappointing to see from an MP on the front page of a daily newspaper, but it is also not unusual. If the regular public recriminations aired by both sides of the negotiations were orchestrated to throw everyone off the “real” behind-the-scenes negotiations, then I say bravo. It was extremely convincing, because the two sides looked like antagonists to me rather than partners in crime. Ms. Uyanga’s statement suggests no one is above suspicion. That is an impossible environment in which to develop good policy. If the current government and Rio Tinto reach a resolution that allows OT to go into commercial production, then are we left with no other explanation than the government sold the country out? The relationship between the two parties is as contentious today as the period before the agreement was signed, so are we being treated to another elaborate show to distract us from the “real” negotiations? The absurdity of those questions is driven home by the fact that the current government, which Ms. Uyanga’s political party is a member of, is composed of people who were members of the government when the OT stability agreement was signed. Current Deputy Speaker of Parliament S. Bayartsogt, for example, signed the agreement on behalf of the government as Minister of Finance.

This is symptomatic of a wider failure by political leadership in all parties to elevate the discussion of mining policy to a level above petty domestic politics. Petty politics is arguably the primary force shaping mining policy, and the resulting dysfunction is beginning to take a significant toll on the economy and international reputation of the country. Obviously it is easier said than done, but if mining policy is a part of Mongolia’s long-term national security, it should be treated with the same level of respect as any security threat. Every Mongolian will suffer the consequences of poor decisions and reckless actions, so questioning the motives and patriotism of political opponents rather than actual policy is dangerously counter-productive in a democracy. After all, a more plausible explanation than Ms. Uyanga’s for the perceived shortcomings in the OT stability agreement is that the Mongolian government was a poor negotiator then and remains a poor negotiator now as a result of the corrosive domestic political environment in which it has to negotiate.

I don’t see any method to the madness, at least from a security perspective. Until there is a general consensus on how best to protect Mongolia’s security in the mining era and that consensus is respected by all parties as occupying space above the political fray, the government and, by extension, the people of Mongolia will remain at a disadvantage in exploiting the country’s mineral wealth. In other words, there needs to be actual method without the madness.