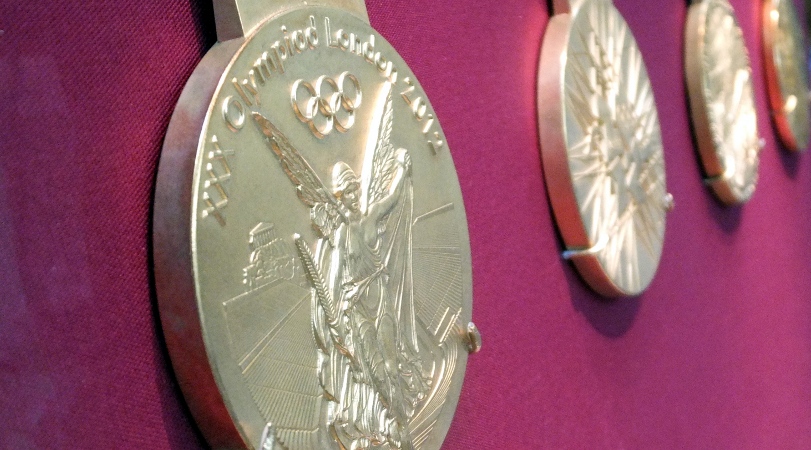 Chasing one of these in London. (Image source: James Cridland)

The London Olympics are now over, and Mongolia won big with 2 silvers and 3 bronzes! This haul is well above its pre-London average of 1.77 medals per summer games and is one better than in Beijing (although, the quality of medals in Beijing were arguably better with 2 golds and 2 silvers).

Now that the Olympics are over let’s look where Mongolia ranks on the three tables first presented here. Returning to the list of all time medal winners1 I ran the calculations once again.

Mongolia moved up Table 1 from 54th to 52nd place. Recall that even winning a medal is a difficult thing, and 73 national teams have yet to win one. (Pre-London there were 80 teams without medals). A rank of 52nd puts Mongolia firmly in the 70th percentile of all-time winners.

Mongolia is now nipping at the USA’s heels moving up one place to 35th on a “medals per 1 million citizens basis.”2 If Mongolia performs as well in Rio and there is not a dramatic change upward in its population growth rate, I feel fairly confident Mongolia will surpass the US in 2016.

Finally, the Sheeple Index. Recall that the basic formula is:

There is no contest. Mongolia just dominates here, and it will continue to well into the future.

Congratulations to Mongolia and its athletes for such a great outcome at the London Olympics.

Footnotes
1. “All-time Olympic Games medal table” – http://en.wikipedia.org/wiki/All-time_Olympic_Games_medal_table (Accessed August 21, 2012).
2. Using population data from “List of Countries by Population” – http://en.wikipedia.org/wiki/List_of_countries_by_population (accessed July 30, 2012). Countries that no longer exist such as the USSR, Russian Empire, Croatia and Montenegro are not included because there was no population data immediately available.
3. “Table 96. Sheep: population” – http://www.fao.org/docrep/004/AD452E/ad452e2y.htm (accessed July 31, 2012).
4. Again, this data is for 2002, which is not ideal. But, once again, this is a contrived ranking, so who cares?