On the Wickedness of Being a Nomad (Redux) 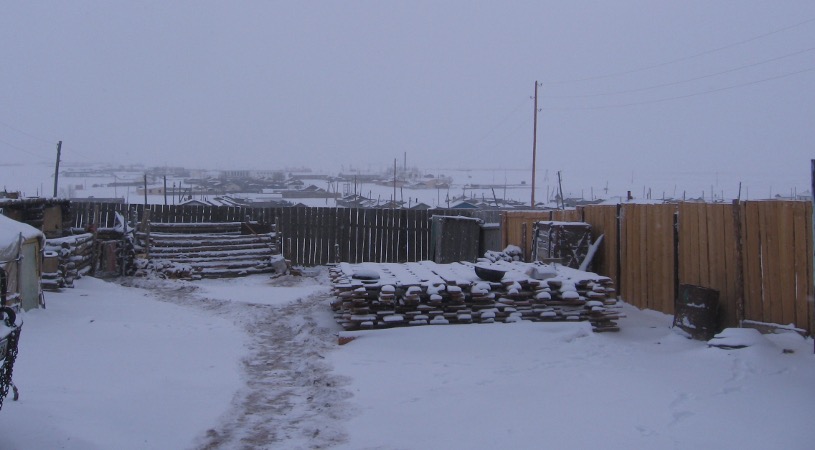 At various points in Mongolia’s tumultuous relationship with the international business community, voices in the community have declared that Mongolia needs to reform itself or else. This sentiment surfaced again during the recent dispute between the government and Rio Tinto with some in the investment community saying “Mongolia needs Rio more than Rio needs Mongolia” and advocating Rio Tinto take a hard line in its negotiations with the government.

The implication of this brand of argument is that the chaos of the Mongolian political system is rooted in, to borrow Owen Lattimore’s phrase, “wickedness” that requires a firm hand to correct rather than vibrant and diverse public opinion that requires a subtle hand to navigate. It is a deeply flawed premise that is made worse by projecting investors’ fears (uncertainty and financial hardship) onto the Mongolian public’s set of fears. It brings to mind Billy Ray Valentine’s analysis of panicking pork belly traders in the movie “Trading Places,” as if we’re supposed to believe that each time the government comes to the negotiating table its representatives are thinking “Hey, we’re losing all our damn money, and [Tsagaan Sar] is around the corner, and I ain’t gonna have no money to buy my son the G.I. Joe with the kung-fu grip!”1 In the minds of those who advocate a hard line, stern threats of financial ruin and harsh consequences to follow are the most effective leverage in a political dispute with the government. It’s a poorly constructed prescription for a country infused with a culture that is synonymous with fierce independence and tolerance of hardship.

The title of this post comes from an article written by Owen Lattimore in 1935 about the situation in Inner and Outer Mongolia against the backdrop of Chinese Republicanism and Japanese Expansionism.2 Lattimore was a deep admirer of the Mongolian people, and the “wickedness” in the title was meant sarcastically against the popular view at the time of nomadic culture as barbarous, primitive, and somehow in need of civilizing reform. To Lattimore the “wicked” qualities of nomadic culture in its purest form provided flexibility and adaptability in the face of numerous environmental challenges, including the regular encroachment of foreign pressure aimed at taming or controlling it. In another article entitled “The Geographic Factor in Mongol History” he more succinctly described it this way:

The poor nomad is the pure nomad, best able to survive under the strictest conditions of the old life, and at the same time best able to evolve into new ways of life.3

The modern tourist to Mongolia seeking liberation from the pressures of modern life might romantically interpret Lattimore’s description of nomadic minimalism, but Lattimore was not being romantic. He was viewing life on the steppe with a pragmatic eye, sorting out the essential qualities that have allowed humans to survive and flourish under different environmental conditions. Applying an economic perspective to the analysis of nomadic versus sedentary life, Lattimore argued the primary reason Mongolians were generally nomadic pastoralists and the Chinese generally sedentary farmers was the grinding weight of relative efficiency encouraging pastoralism over farming, farming over pastoralism, or a hybrid of both in a given environment. Activities that improve survival at a lower opportunity cost to other activities eventually dominated in a locale. Extending that reasoning to culture, certain personal qualities are accentuated and others are suppressed based on their relative ability to promote survival. People in a harsh environment have to be by necessity relatively independent, self-sufficient, ingenious, resilient, and flexible, and over time cultural norms that promote these essential qualities offer the best chance of a community not only surviving but also thriving. 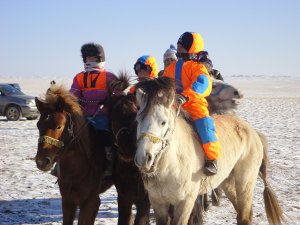 Are you this anti-fragile?

Lattimore’s formulation of the pure nomad aligns well with the concept of “anti-fragility” as conceived by Nassim Nicholas Taleb.4 Anti-fragility is, as the name suggests, the exact opposite of fragility. Systems that are fragile grow weaker or break due to stress, whereas anti-fragile systems grow stronger or gain benefit from stress. In fact, Taleb argues anti-fragile systems need stress to thrive. One of Taleb’s examples to illustrate this idea is of the entrepreneur versus the bureaucrat. The low-level stress of continuously needing to maintain cash flow keeps the entrepreneur aware of his environment and ready to adapt to subtle changes over time, whereas a salaried bureaucrat grows complacent and soft by the artificial consistency of regular paydays and becomes increasingly vulnerable to relatively more abrupt changes when events force a realignment of his artificial environment with the true economic environment. A nomad is also a self-made man continuously adapting his condition to the environment, and he is arguably better equipped to weather economic disaster than the sedentary farmer because his world does not face the same severe realignment that the farmer’s does.

Anti-fragile elements in the world seem to influence a kind of practical wisdom that values simplicity over complexity. In the United States this manifests itself in anti-intellectualism. There is a popular belief dating back to the frontier days of the country that simple home-spun, salt-of-the-earth knowledge is superior to other complex modes of thinking. Better to be wilderness-smart than book-smart if you cross paths with a bear, real or metaphorical, the argument goes. This is on display regularly in legislatures around the US when an opponent of a new law will dismiss it simply on the basis of its length–good ideas should fit on a single page and be expressible in simple language, they say. In Mongolia this wisdom seems to often manifests itself in the language of honesty and deception. Simple arrangements are honest and complex arrangements dishonest. For example, the monumental complexity of Oyu Tolgoi makes it politically vulnerable to suspicions of corruption and lack of transparency no matter how open and transparent its implementation may be. Experience on the steppe teaches that the harder a contract is to understand the more likely it is a trick.

Mongolia today is not quite the same place that it was when Lattimore wrote those articles, but the cultural characteristics shaped by its nomadic past are a core aspect of the modern ethos of the country. Cultural explanations of individual behavior are a trap, and the point here is not to argue some formulation for predicting individual behavior or to suggest there is a nomad stuck in every Mongolian. Rather it is to point out influences that produce propensities to go this way or that when encountering new information and situations, especially in the political sphere.

The psychologist cum behavioral economist Daniel Kahneman divides human thinking into two processes.5 One slow and deliberative (the conscious mind) and one quick and automatic (the subconscious mind). Both have important roles to play in cognition and navigating the world, and cultural constructs born out of practical experience such as habits, traditions, and stereotypes make cognition relatively more efficient than analyzing all incoming information as if it were unique. The conscious mind is there to process new information that does not fit easily into the heuristics of the subconscious mind. The wisdom of the nomad derived from centuries of experience offers a subconscious filter for people to process information in the modern world. That wisdom is one of many cognitive tools, but the idea here is that it is a tried-and-true tool.

As the product of the rural American brand of rugged-individualism and pragmatism I greatly admire similar traits in my friends and colleagues here. I can easily relate with many aspects of Mongolian culture that celebrate ideal notions of independence, self-sufficiency, ingenuity, and flexibility. Mongolia turns all theorists and romantics into pragmatists with time. That is major a difference between Mongolia and the United States. The environment in Mongolia still forces utilization of these core survival traits in ordinary daily life, whereas in the United States the frontier long ago closed and the comforts of modern life have made Americans a bit softer and little less anti-fragile. Americans might like to think of themselves as tough and self-sufficient, but most people who live in Mongolia are actually still tough and self-sufficient by necessity. 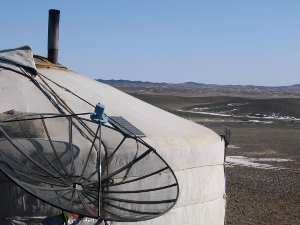 So when I hear voices in the international business community saying things like “Mongolia needs Rio more than Rio needs Mongolia” the sentiment seems dangerously uninformed like the “wickedness” ascribed to nomads by outside observers during Lattimore’s time. Those voices are saying to Mongolians that Mongolia needs dependency and must accept complexity (i.e. fragile arrangements) on faith, the antithesis of the wisdom that has ensured Mongolian cultural survival for generations. From the business perspective the statement may be a cold hard fact, and many people here may even agree with it on an academic level. But, its mere implication triggers knee-jerk reactions to retreat in directions of reduced dependency and complexity, making the situation more suitable to the country’s capacity to manage.

Mongolia is taking the tortuous path of learning for itself and digesting the intricacies of a mining based economy at its own pace instead of taking a leap of faith and accepting the world according to investors. It’s an ugly and arguably unproductive process at times (habits and stereotypes do fail), but it is also arguably a tactic that keeps Mongolia protected until it is has acquired enough practical experience for itself; after all, minerals are not perishable commodities nor is the world in short supply of investors who think they can do better than the last guy. The calculus for Mongolia includes an existential component that is assuaged by a perception of independence and anti-fragility, so boorish reductions of conflicts between the government and the international business community into arguments of reforming the country’s wicked ways with stern discipline only serves to reinforce the opposite perception of dependency and fragility. It is not a fear of hardship but rather the vulnerability of dependence that exerts leverage politically. A piece of wisdom even the simplest local politician knows.

The political situation in Mongolia is very complicated, and I want to emphasize that using cultural explanations like this to predict individual behavior is unsound. Instead, it is one element of a chaotic environment, and like the grinding weight of relative efficiency encouraging one mode of economic production over another on the steppe, the efficacy of a political strategy is determined by its relative efficiency to produce desired outcomes. Statements like “Mongolia needs Rio more than Rio needs Mongolia” have the air of theory in want of being ground down by political reality. The smart money is on the observant pragmatist who can formulate strategies and tactics that avoid triggering a policy retreat and, dare I say it, actually do the opposite by encouraging a real and widespread sense that business interests align with and promote Mongolia’s continued independence and self-sufficiency. As Lattimore wrote, the pure nomad is able to survive the harshest conditions but is also able to adapt to new conditions. It is not “wicked.” Quite the contrary. It remains Mongolia’s greatest strength and most admirable quality.